This country has managed to recycle 95% of their food waste.

This country has banned the sending of food to landfills since 2005.

This country has required all citizens to dispose of food at a cost.

This country is South Korea.

Since the 1990s, the South Korean government has shown their foresight by initiating households to throw away less trash to reduce the pressure on landfills. Noting that food waste is one of the larger contributing factors, they banned the sending of food waste to landfills – easing the pressure on the limited land space.

South Koreans have also been introduced to a “pay as you throw” smart system where all residents have to discard their food waste in special biodegradable bags and these bags of food waste can only be thrown to designated waste collection buckets. 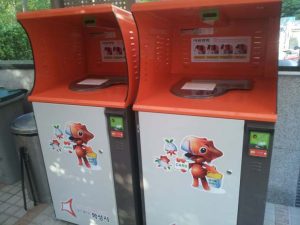 Residents are either charged by the special biodegradable bags where they have to purchase from the convenience stores, or by RFID tags that will take the weight of the food waste that you are throwing and bill the household accordingly.

Efforts by the Government to further control food waste can be seen as they increased the price of the biodegradable bags by 30% in 2016 – even charging the wealthier districts more, as research as shown that wealth and food wastage has a positive correlation.

What More Can Be Done? 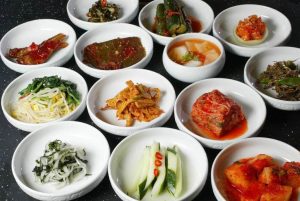 If you’ve been to South Korea, you will know that the Koreans always serve a lot of side dishes along with their main dishes. These side dishes usually come free-of-charge and are called banchan. Banchan is always served as a set and they usually come with free top-ups – hence, consumers tend to take more than they can eat.

These unfinished banchan will then contribute to food waste.

You may wonder – why not charge for the banchan?

In Korea’s culture, charging for banchan is a no-no and it goes against their sentiment. Hence, here is where the Government can step in more and educate on locals and tourists alike on the food waste situation more and see what they can work out with restaurants to further reduce food waste.

South Korea is one of the most advanced countries in terms of dealing with food waste where they even get their residents involved and is definitely a role model for other countries!